By aligning with our partners on Design Principles, the UX design team focused activities and efforts aligned to these principles.

Qualitative and quantitative user research was performed to ensure the redesign introduced payment features that users desired and continued to provide easy access to payment services they already used.

As part of the quantitaive study, we asked users to rank new features that were being scoped into the app. AutoPay was a feature users were clearly interested in seeing added to the app.

Due to the strong interest Users indicated in AutoPay, we proposed the addition of a "Frequency" field to the high-volume single payment form. Users could now setup AutoPay "on-the-fly". As a result, AutoPay enrollments increased significantly after the launch of Mobile Bill Pay 2.0. 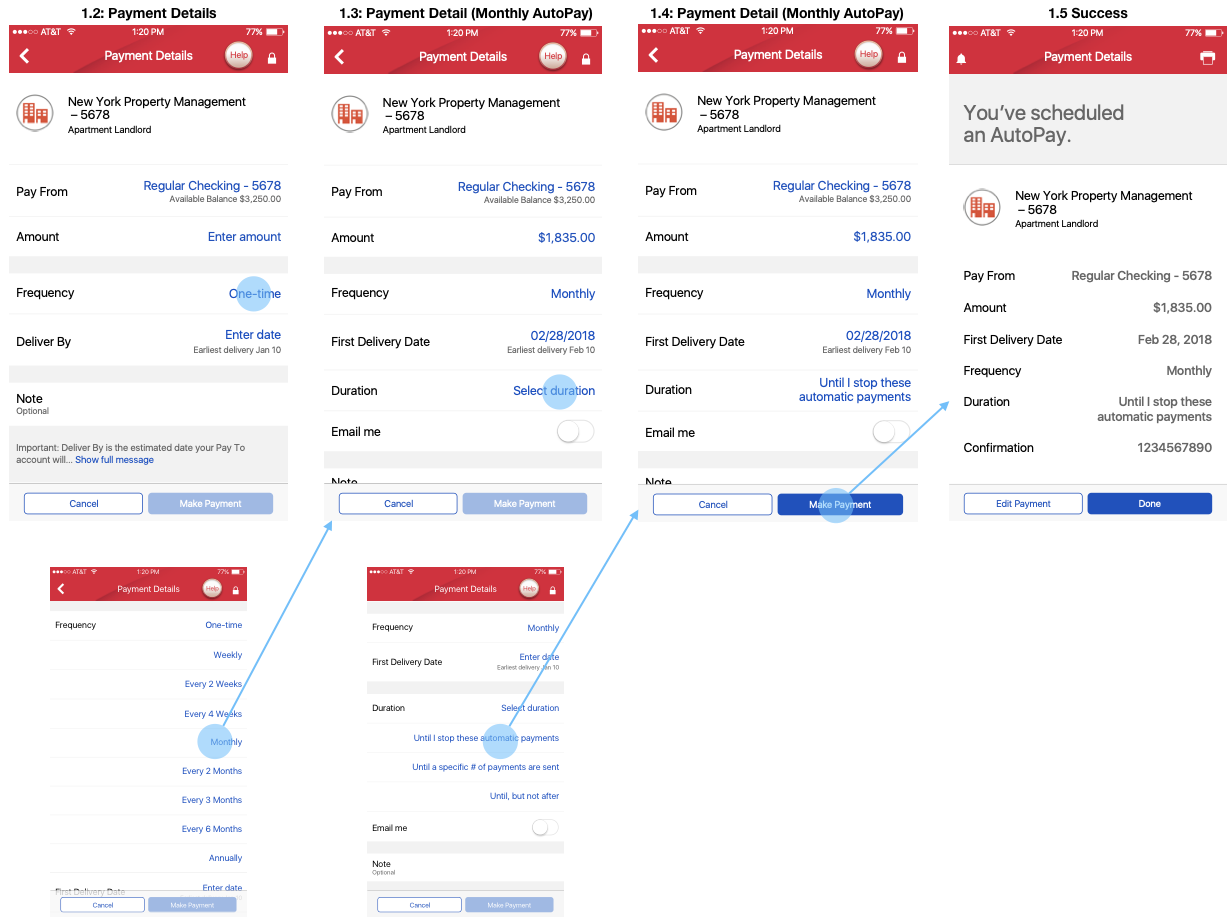 With over 20 features to execute, stakeholder reviews were performed prior to delivery to technology. An at-a-glance timeline was constructed, so that all parties knew what would be reviewed and when.